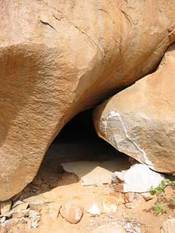 The Hari’s mother… I think I told the story.  Everybody’s sleeping.  Pretty big cobra… in the middle of the night everybody’s sleeping.  It came.  She’s in the middle sleeping, got bitten.  She woke up shouting. They killed the snake. I’m in the room in the village town.  They brought her there in the rain.  At the time, in the village there’s no doctor. There’s only one doctor comes from morning until afternoon, then he goes back again to Ananthapur, Hindupur.  No doctor stays in the town.

I’m sitting on my tiger skin meditating very beautifully - totally super trance.  They’re banging on the door, “Swami, Swami.”  And Hari, he did the seva to me six, seven years.  She’s almost like collapsed.  Her whole body turned the blackish.  I really want to show it if it’s possible tomorrow who really has the guts, who can go little while leave it the body - what the changes will come.

She turned pretty good blackish and vomiting.  She can’t breathe in or breathe out - the air stopped.  The juice is coming out, like vomiting.  There’s almost no chance, like two percent, three percent chance to save her.  Then the same, what they have the type of things, first one step, bring her up, again next step, next step.  Took to me one and a half hours.  But two people died in my hands - can’t help it.  I’m not able to help them - they brought them, and last nick of moment, they’re gone.  It’s so sad, but never knows. With the poisons never knows.  Certain body and blood system – depends on the person’s character how fastly he can suck it. ​ 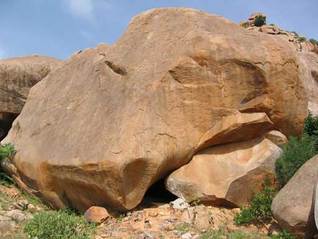 Back to Swami's Talks