“Vaastu is like one eye and spirituality is the other eye - I’m very serious!” 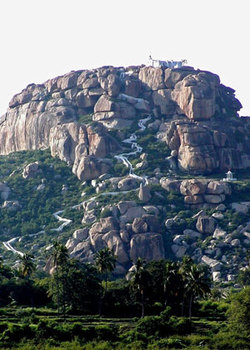 Earth
I want to give the little introduction how the Five Elements are implementing on our soul. It’s a kind of Vaastu, Feng Shui, Indian Feng Shui - another name is Vaastu. How important it is to follow it - it’s such important, the movements in house and property. It’s important one part, in our lives, the environment where we’re staying, the house, the beauty, the energy...

Vaastu means how we’re using the Five Elements in our house. How the Five Elements are affecting on our body, on our soul, on our livelihood. I started the ashram in 1993 under the hill in the west mountain. For a west mountain, and south mountain the earth element is very powerful. We had complete two acres with a northeast cut. Baba is facing the east and towards the left is the north. All that northeast area I didn’t have. Completely it was extended to the south side, and I had a hut. The round structures, all the time is safe, if you’re living in a kind of pyramid, round structure, no problem. I started in the hut and around my hut in the northwest I put the dhuni fire. Around the clock, 365 days, the heat temperature is there – it’s burning - it’s good. Even though I don’t have the good Vaastu, just having that round hut made it very powerful. It means the students started to flow, to come and to see me.
​

The hut is not enough. Then I thought, “Ok, let’s start a small temple.” In the beginning started that small temple, then it kept being constructed, so now three hundred people can fit inside. At the moment now that mandir size is not enough. Every Thursday, every Full Moon timings and functions, the people are now sitting outside. In that mandir, in that hall, next I have only two toilets. In the beginning times, twenty-five, thirty Americans, they use to come to each function. I use to sleep outside, and they’re sleeping inside... 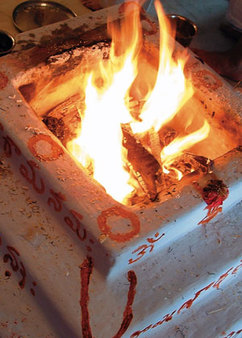 Fire
The northeast cut brings lot of poverty problems. That’s what I’m going to tell here. It proved, I tested and spent millions of dollars on it, millions... and thousands of hours investigating and researching on the Vaastu. Then some interesting character came, his name is Ramabramham - 83 year old man, he came. He heard about me. As a purely on the days, I’m pretty avadhut character. I don’t care, “So what.” Generally hundreds of people are waiting for his interviews. He came to me to fix my property in a beautiful way with energy flowing. And he approached me, he asked, “Are you believing in Vaastu?” Simply I told him, “I believe here the fate, and I believe my hard work.” Then he said, “Now the good fate has come to you. You have to follow what I say.” Simply I said, “Well, I won’t give money - you fix it.” He said, “I didn’t come here for money, just I came here for you to follow my advice.” I look in his eyes and I could see he’s telling very open heart. “Ok, what should I do?”

​Then he gave a map on one piece of paper. Good. But I have to buy two acres land in the northeast. Then I approached those people. They really drove me crazy, because the people started to visiting, coming to the ashram, and they were saying one day, “Ok, we really want to give to you.” The next day, “No, we don’t want to give to you.” They dragged the time like six months. After I got it, I started constructing the walls. Within a month I saw the results. Within a month I saw amazing results what the energies were flowing.

Sky
Where I born, what I learn, what I’m going through, what I been through, what I tasted, one hundred percent exactly - only that in my circumstance I will tells. I never grow the boundaries out - I’m practicing the Vaastu, I’m experiencing the Vaastu then, “Ok, I’m teaching this.” If I’m not following the Vaastu - no chance, I think everybody’s seeing that. I studied the Vaastu like years and I spent millions of rupees... How many times breaking, breaking this wall, putting there, breaking this, breaking that, moving the dirt, changing this and that - ok it’s fine, construct it. Huge money wasted, ok, fine that’s constructed.

There’s a lot of this conversations that happened already from hundreds of thousands of years and they proved... suppose like Vaastu what I’m doing experiments, finally I’m giving my own ideas, “This is perfect, what already they done, what I am doing it, my experience,” I’m giving lot of information, you can get it, Victory Through Vaastu - a person, how to make his life naturally to fixing the circumstance around him, the energy in the house, around the house, getting the victory. 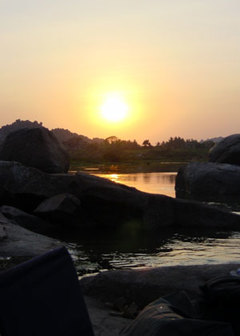 Water
The majority of the world built already wrong. There’s a lot of depression, lot of craziness is there. You can do with the mirrors, hanging some crystals, colored bulbs, lightings, sky blue... Use sky blue where you sleep in the bedroom and light yellowish kind of take cares of it. Don’t put in your house ancient things like two hundred years statue, five hundred years statue – no. Put as much as you can mirrors. If you put the mirror one wall, put exactly same spot on opposite wall mirror. Doesn’t matter wherever it is, even if you don’t want to see it, like on the roof, the edges you can put it. And whenever you put the lights on, it will take care of to come down - but it’s not permanent solution - I don’t recommend that.
​
So, it’s important one part, in our lives, the environment where we’re staying, the house, the beauty, the energy... Some people’s house I saw - it’s like a garbage keeping things everywhere. Putting many furniture, books, all the stuff everywhere. Need to get rid of all the negative vibrations - clean out, like ten, fifteen years you’re stuck. Just go and keep traveling to the power spots, making power journeys. Go hit some places, beautiful temples, beautiful churches, and parks where you really like it. Spend time in the nature, at least you’re decharging. Once there’s really terrible bad Vaastu, some angles - you really cannot fix it. I’m not giving a panic or paranoia guys - but it’s a reality. 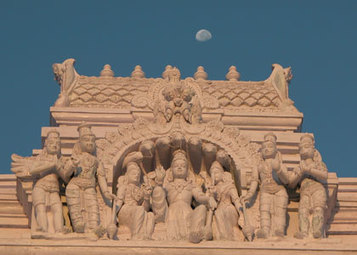 Air
Maybe you won’t believe this, but one day you’ll have to believe it. Today to your western minds, to find a good Vaastu place - very difficult. Even if you’re staying in apartment, condominiums or houses, it’s the same. I know it’s difficult, but there are some major principles to follow. Seriously, everybody has to believe the Vaastu - that’s my golden statement. If you’re ignoring the Vaastu, you’re one of highest foolish in the universe - not fool - stupid in the universe. The Vaastu really, really helps your life, one part a lot - absolutely no doubt - you're the person to create the karmas. The architects in the future always has to - they will follow the Vaastu, this kind of Feng Shui. ​​​​