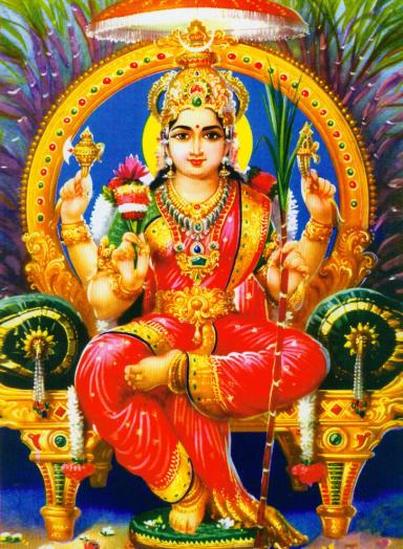 For example, I’m taking a real story of Ramakrishna Paramahamsa. That guy is unbelievable supernatural saint in India. He did unbelievable processes for twelve years. In his heart he’s always back and forth, first stage and second stage in the illusions. He doesn’t know what he’s doing, but he’s doing.

Again he’s coming in second stage. He’s experienced already many , many , many beautiful moments in his heart. For example, when he’s sleeping in the temple, Mother Divine Kali temple, he chanted and chanted and chanted certain prayers. Then he laid down. He’s so hungry. Mother Divine came with a food, feeding him. Next day morning, he’s seeing some rice and prasad. He closed the door, he sat in meditation. Next day morning he’s seeing some proof of the miraculous energy.

When he’s swimming in the big river, unfortunately in a big deep water there came tornadoes, whirlpools inside the water. He’s dying, he’s asking, “Help, help!” He’s seeing a lady with huge bangles just taking his hairs or hand many times, making him to come out. He’s seeing that hand. After he came out from the normal water, he’s seeing who helped him, with his own eyes he saw. Then again he’s in second stage.

He has a faith somebody’s helping, some energy is doing, working, but he doesn’t know what it is. He doesn’t know how to develop it, but he really wants to see Mother Divine. He’s really having huge aching, for many years he did.

Then Bhairavi Mata, a lady saint, Mother Divine came in the form of her. One night Ramakrishna Paramahamsa in his temple, Mother Divine Kali temple, he has a huge heart broken. He wants to die, he doesn’t want to live anymore. For twelve years he did unbelievable hard work, “Forget about all you’re giving experiences to me, I don’t care - I want to see you! I want to discuss with you!”

Then he decided, he took the knife from Her hand and he’s thinking to kill himself. In meanwhile, somebody knocked at the temple door, “Who is disturbing me? I want to die peacefully. Even when I’m dying somebody’s disturbing me!” And he’s yelling on her, “Even to die you’re not giving peacefully! Such a horrible lady!” He’s yelling in a beautiful way to Her, “Such a crazy lady. I completely trusted you for twelve years, finally you’re giving a hard time to me. Ok, anyhow...” Then he woke up and opened the door.

That’s one type of tantric, using tantric energy to hook, to listen. Then, she brought him to the burial ground. Then he asked the first question to her, “Why did you bring me here?” “This is the new world, this is the new world. From here you have to start your practice. What you did all the practices, that is nothing - wasted. From here you have to start.”

“Yes you have to go and eat it.” Then he rejected, “No thanks, I don’t care, I don’t like this process anymore. I want to run away!” Then, “Ok, here you’re having doubts on this meat. You have a wrong idea on this meat. You’re seeing on the surface this is a meat.” Then she went, she brought one hand half boiled, not boiled, half burned, half cooked. Then, “Are you eating or you want me to eat? You want to watch?” His energy doesn’t accept to even see her to eat that. His heart is, “Oh gosh, who is this lady, having me, giving me a hard time? Gosh this is a horrible!”’

Then, “Ramakrishna you have to understand the energy. Are you eating, or you want me to eat?” Finally he failured, he rejected. “No I’m so sorry. This human body eating...where in the history, what is this process?” She told, “This is the process of the aghora.” “The process of the aghora? What do you mean by aghora?” “Who is taking Mother Divine in her hands in a negative way to implement Her in a divine way. But in this century, in this previous Kali yuga, in this previous generations, nobody could get this information - it’s highly impossible. But it is only possible they can understand it, but nobody can do – She already gave Her word.”

​When she changed the sugar cane she gave a darshan for first time to Ramakrishna Paramahamsa, like a few seconds, like a Raja Rajeshwari, like a gorgeous with her crown, jewelry, and a big smiling face. “You’re seeing on the surface, this is a dead body’s part, but I changed easily. Now are you ready to eat?” He has no lips to talk. Just he bent his head to her feet, “Ok, I’m ready, let’s do whatever you want.” Then his real life started to do in a tantric way - then he was hooked.
Back to Swami's Stories