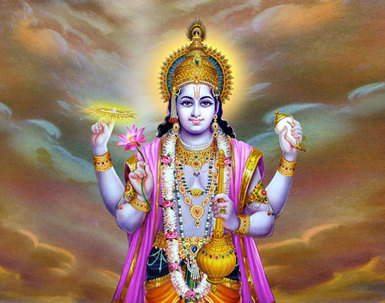 ​Bhakthaprahalada - you know Bhakthaprahalada? He's a one boy who is really totally devoted to Lord Maha Vishnu. His father is Hiranikashwar - he is the man of the demon. He's a rakshasa. He hate to the Lord Vishnu. Lord Vishnu wants to born in his blood - you understood what I'm saying - as a son.  He gave a... his soul, one of his part of the soul to come as a son from his blood. When he's meditating in the forest, the rakshasa, his wife is carrying the baby. At the time Narada, you know Narada? Narada, you know Narada?

Everyday the Narada comes, “Hello Queen, where is your King? He's meditating for to Shiva?” All the rakshasas meditates the Shiva in the previous time and the natural people also meditates on the Shiva and the Gods, many, many, holy saints also meditates on the Shiva. But all the demons, especially in the previous centuries, previous Yuga, they meditates on the Shiva because of Shiva has totally very, very, helpful nature. Whatever they want, without thinking, just he blessed it.
Like Ravenasura, Ravenasura is a rakshasa. He have the ten heads darshikanta - he's the man of the ten heads. Ravenasura... you know Ravenasura? He's a rakshasa but he hate the Lord Maha Vishnu, he hate the Rama, he hate the Krishna - Krishna energy. But he loves the Shiva. He's a different characters of the rakshasas there. But the God is one, but choosing of the energy different - misusing of the God energy. 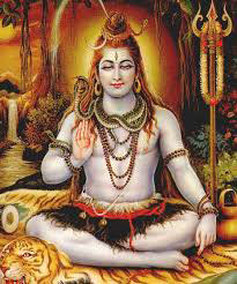 When the rakshasa is meditating in the forest, at the time his wife is like one month pregnant. At the time, the Lord Narada thought, “It's better to tell some secret information about Maha Lord Vishnu to her Mother, to his, sorry, to his wife.” Then he cames... when she's very pregnant she's keeping on telling about Lord Maha Vishnu stories. At the night she slept. The Lord Narada keeping on teaching... Inside the baby listening everything about Lord Maha Vishnu. Then even though she's sleeping, Lord Narada is teaching, closing the eyes, the baby saying mmmm - mmm - mmm - mmm – m-hum - mm - mm – m-hm - he's observing everything from the womb.

When he came out, the baby, whole he got the permission from the Lord Shiva, he's the number one master on the time, he have the full incredible power to control to the planet. But his desire is, he want to kill the Lord Maha Vishnu after having the power. But his son when he born he's crying - namo narayana - namo narayana... He went crazy. What, what is this, then he saw his third eye, it's all the Narada made this trouble. He's the man of the troublemaker but in the universe nobody have no right to touch on him to giving the injure. That's a big commitment that he have that type of energy. I'm going little bit side of the story from the Jesus.

When the Prahalada, when he's growing, the King thought, “Ok, I will change him by making him to teach. He sended him to many masters, there is no use. He's ready to throw the child from the mountain to fall down. He made the throw - Lord Maha Vishnu protected. On the elephants walking - nothing happened. Giving the poison to make him to die - nothing happened. Taking the knife to cut off - nothing happened. Then finally, he's very mad at the boy, “Hey, make to come Lord Maha Vishnu - I want kill him.” He have the boon from Lord Shiva, he have no death on this planet, either in the water, either in the sky, either in the house, either in outside, either with any human beings, either with the birds, either with cobras with the poison, either with any creation - no die. He said, “Either in the house, either outside, I have no death with anybody.” At the time, he's doing really crazy work because of he have no death. He's killing all the Lord Maha Vishnu’ devotees on the planet. Who was meditating in the saints, in the forest, just he's ending his soldiers, taking the knife, cutting the heads. These are all things that's happened in this country, especially in this country - that's why the India became very, very, holy. Many, many, man sacrificings is happened. 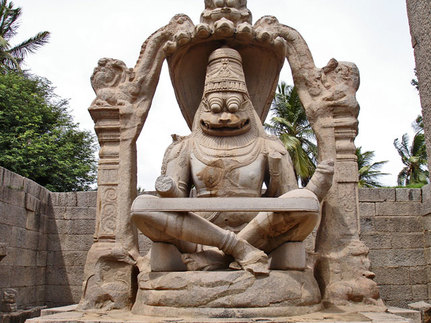 Big spirituality is there, their souls. It's the main center, they meditated huge, they lost their meditations, they lost their energies, but they totally, they blessed to this Earth, “Who wants to come to win in the spirituality,” even to this Fort Penukonda - incredible powerful energy. So like that, he tried and he tried finally he asked, “Ok, you call your Lord Maha Vishnu, come to make to him to face to face - I want to kill him!” Then Lord Maha Vishnu came, then he asked, “Hey, where is your Lord Maha Vishnu?” His son, he said, “He's everywhere.” Then he ask, “He's in this pillar?” There is in his building, there is a huge pillar. “Yes, he's also in the pillar.” Then he take his knife and he break that. The pillar crack - Lord Maha Vishnu came out with a lion face - human body (Narasimha). You see the creation there? When he's asking to Lord Maha Shiva, “I have no death with either animals either the man.” Here it cames the both with the lion, human body.  Lion face. In the universe nobody didn't seen such type of the face. It's totally dead opposite to the natural creation.

​Then he killed... Then Lord Maha Vishnu killed him on the gate of the door, you know gate of the door? That's not inside that's not outside - he sit on the door, he cracked his stomach, he take all his testamonies? Testamonies? Intestines, intestines to make the music, om namo narayana. Only the Narayana is the man, the person in the universe - he's the creator. He's the person of the, the number one person to make the universe to control. Then after the Mother Divine blessed Jesus’ soul, who was really controlling one of part to the planet, who have the faith on that, who have the open their heart (snaps fingers) direct connected to the Jesus. Mother Divine, especially have the... Mother Divine is the, she's very , very , greater than Vishnu, Brahma, and Shiva. She have the incredible power energy than these three characters. It's called Durga Kali. So, she blessed directly to the Jesus, on this planet can rule whole kingdom. It's done? ​​
Back to Swami's Stories