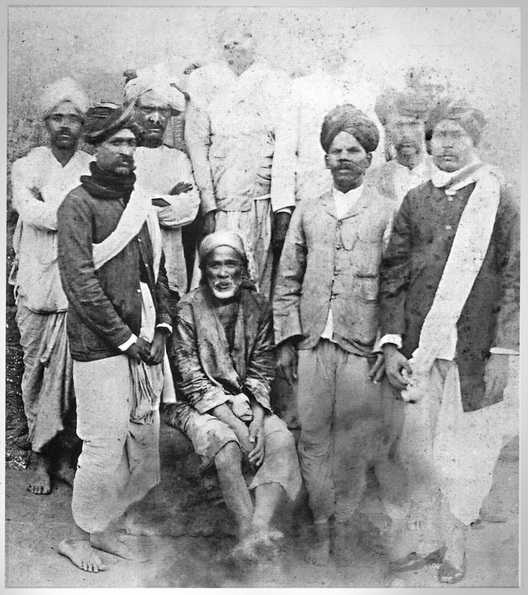 One week Baba is under fasting. He didn’t eat any food, no water, just himself very quiet in Dwarkamai. If anybody came in Dwarkamai, he’s screaming and he’s throwing the rocks. He already has pretty good amount of the rocks, not to getting disturbed.  Lot of devotees coming with coconuts and flowers in front of the gate, he never even looks at them. Just he’s looking, keeping on the fire his something, whatever his process he’s chanting. On the eighth day, Mahalsapati and Tatya, these two guys have the pretty good guts, “Ok, he beats us, so what! Let him at least eat something, almost he fell down.”

This is a true story. The next day, early morning, late morning like two a.m., they entered into Dwarkamai with some food, “Ok, we can make him wake up.” He’s all the time, pretty good just smoking and laying down there, like a very big tiger, like a tiger sleeping, very angry. Once they see it, his head is one side, legs is one side, lot of blood, separated! They really got shock and they don’t want to tell to the whole village - it’s late night. They called a few people to tell they saw it, “Ok, we’ll come in the morning and take care of it. Poor old Baba, he’s a beautiful beggar and beautiful doctor, he died. Somebody killed him!” Then they came by five thirty, six am, early morning to the Ajah time, the Muslims, they make the Ajah. Baba’s very happy, again sitting and smoking. They came again and they were shocked!

Again after a week later, one night Tatya, mainly he saw Baba is cutting the pieces. After two to three hours later he refixed it. What is the inner story? What is the inner mechanism he’s doing it? Of course Tatya believed it, many times to him, he saw his high healing abilities and capabilities. Why still he demonstrated it? It’s a question mark?  Hello, yes Don.

Don: He wants to show that the body is the material plane and that’s the illusion. And much more important is the soul and the soul can put the body back together.

Cheryl: Doesn’t it have to do with washing karmas? Breaking the karmas of the people you’re taking care of?

Cheryl: Something about what he’s holding, all the souls he’s taking care of in his physical body, his flesh, his blood, then he’s cutting, like cutting the illusion line, cutting the karmas, then putting back in a different way.

Sally: I think one thing is for the soul who is receiving that, it is as she was saying, helping to remove the karmas for that soul. And the other soul who is doing it, I think it’s about a kind of sacrifice, a kind of surrendering, a kind of suffering that that level of soul needs to go through to demonstrate to the world something.

​Swami: Exactly, he’s part of sacrificing his pain and power, demonstrating to offering to the Mother Divine and washing the karmas. He takes his intestines and he washes and makes it dry, again he swallows it.
Back to Swami's Talks